The decade ahead: reflection and reform in the commercial insurance industry

Across the UK, there are more than 300,000 people employed in the insurance industry.[i]Association of British Insurers (2019). UK Insurance and Long-Term Savings. The state of the market 2019. P.2 They generate £75.6bn [ii]Swiss Re Institute, Staib, D., Tschekassin, O. and Puttaiah, M. (2019). Sigma 3/2019: World insurance. The great pivot east continues. P. 40 in non-life insurance premiums and account for a reported trade surplus of £17bn – making the UK the biggest net exporter of insurance services in the world [iii]Association of British Insurers (2019)..

However, while the commercial insurance industry may still make a considerable contribution, the story is not one of unmitigated success. The UK has gone from being the third largest non-life insurance market in 2008 [iv]Swiss Re Institute, Staib, D., Bevere, L. (2009). Sigma 3/2009: World insurance in 2008. Life premiums fall in industrialised countries – strong growth in the emerging economies. P.41 to the fifth today [v]Swiss Re Institute (2019), P.41 – and tellingly, recent research suggests that emerging markets show higher levels of profitability than the UK and other established hubs. [vi]OECD (2019), Global Market Trends 201. Figure 5, P. 14 While the underwriting excellence that sits at the heart of unique institutions such as Lloyd’s remains, other institutions – in alternative global centres – can now credibly claim to match them. Despite its obvious strengths, this is arguably a picture of managed decline in the UK’s position as an international insurance market.

Alongside a changing political context, the commercial insurance industry will also have to respond to two macro-trends. The first is the rise of digital technology, data science and machine learning. While the momentum behind insurtech has been steadily rising over recent years, many of the innovations promised by that sub-sector are now entering widespread commercial use. Precisely who that innovation serves is the crucial question. On a different tack, if the insurance industry is to continue to serve the needs of the broader economy it will, of course, need to match the pace of change in the real world as business models evolve and entirely new risks emerge. Simply keeping up will be no mean feat in itself.

The second crucial trend will be the increasing emphasis on sustainability in the broadest sense. This much mooted topic has rapidly moved into the mainstream. We now see the world’s largest asset managers and pension funds basing investment decisions on environmental, social and governance concerns – and they are increasingly aware of the importance of stewardship at investor and board levels. In addition to this focus on the environment and broader community, regulators and other public bodies are placing greater emphasis on risk reporting than ever before.

Considered in the round, the unpredictable geopolitical environment, unknown impacts of climate change, and ever-increasing technological and social change, mean that this is an important moment in which we, in the industry, must make some crucial long-term decisions.

What we see – a case study in commercial insurance placement:

Over the last 20 years Mactavish has worked with all areas of the insurance industry. Originally, we produced research reports and insight for insurers, brokers and industry bodies, but in 2012 we changed our business to work for policyholders rather than suppliers. Today, we derive all of our revenue in transparent fees directly – and solely – from insurance buyers. That history has given us a unique perspective on the market.

Almost a decade ago, Mactavish began lobbying for what became the Insurance Act 2015 – and were the single biggest provider of evidence to the Law Commissions in that process of law reform. Our evidence was game changing in allowing the Law Commissions to introduce the bill to Parliament. The following year, we were delighted to be invited to lead the market-wide negotiations on the most controversial aspect of the legislation and to draft amendments accordingly. These became the damages for late payment of insurance claims clauses in the Enterprise Act 2016. The Mactavish amendments led to a market-wide settlement that, in turn, allowed the bill to progress through Parliament.

These pieces of legislation – which formed the biggest single change to insurance law since 1906 – were intended to “nudge” the market into self-generating reform. “Nudge theory” was a particular concept used in legislation at the time. It meant that the details of how the law would be applied in practice were left for market participants to work out, but the spirit and principle behind the Acts was clear: to professionalise insurance placement and to clarify the relationship between buyers, brokers and insurers.

It is now over three years since the 2015 Act came into effect. While we see some areas of real improvement – such as an increased emphasis on client disclosure – the market has not accomplished all of the goals we hoped for at the time. Indeed, in some areas, the insurance buyers we meet and work with are reporting even more concern around the very issues the legislation set out to solve.

It is our contention that erosion of contract quality, opacity around broker fee structures and one-size-fits-all approaches to complex risks are having a detrimental impact on the value of insurance to the real economy and the reputation of the industry.

How did we get here?

Over the last thirty or forty years, the commercial insurance market has made a collective strategic error. By marketing insurance as a price-driven commodity it sowed the seeds of its current difficulties. A complex financial instrument capable of preserving or breaking a company’s balance sheet has been sold as if it were essentially interchangeable.  All too often, policyholders only realise that this is not the case when they have a claim reduced or denied unexpectedly – causing real economic damage and further tarnishing the reputation of our industry.

This error of marketing and distribution has been exacerbated by the long period of soft market conditions that prevailed between the early years of the century and late 2018. As more capital entered the market the technical abilities of both brokers and underwriters were side-lined. The overriding commercial imperative was to attract and retain clients, meaning that the traditional skills of market-making and underwriting discipline were diminished.

That, in turn, created a spiral in which buyers saw less value in the services that surround risk transfer and were therefore, less willing to pay for them; squeezing brokers and insurers alike. Each actor in the insurance chain (including the providers of legal and technical services) was left chasing a smaller slice of a smaller pie. Indeed, it may be the case that broker fee levels have been too low to support the cost of delivery – let alone profitability – while in some areas premiums may have been trading below the cost of risk for a decade. While the insurance industry in the UK can still claim to host pockets of technical and underwriting excellence, the structure of the industry as a whole has changed.

In addition, the relentless driving down of law firms’ fees, leading to commoditised legal work on important and complex policyholder claims, represents the wholesale outsourcing of insurance product quality and insurer reputation management to yet another commoditised process – providing inevitably standardised legal work.

As Anthony Hilton argued in his 9th May 2019 column in the Evening Standard:

“In an ideal world clients should demand better cover and insurers should respond by jacking up the premiums. Instead, neither happens”. [vii]Hilton, A. (2019). Let firms be clearer on just what they’re covered against. Evening Standard.

In practice, as we’re currently seeing, the market goes through a periodic correction during which capacity is reduced, coverage is withdrawn and premiums increase. These costs are passed on directly to policyholders and the insurance industry returns to profitability. In these circumstances, buyers might well ask themselves why they pay for expensive intermediaries when all they do is pass through changes in the broader market, and real differentiation based on quality of either risk or coverage remains elusive. But whether soft or hard, the main sales conversation is always around price which drives a transactional, commoditised narrative and demeans the true value of the product through the entire cycle.

At Mactavish, we do not want to adopt a critical attitude towards the many great market professionals we work with day-in-day-out at brokers and insurers. But we do believe that the UK insurance market as a whole is at a defining juncture. We see two clear questions here:

We are now launching a year-long programme of investigation and discussion. Our aim is to bring in voices from across the industry, canvassing views and fostering open conversation. Throughout, the emphasis will be on the practical and actionable.

We are deeply aware that we cannot give definitive answers to the questions we have set ourselves. However, we do believe that we can trigger a truly important conversation.

At the end of the year, we will publish a set of Reforms designed to outline a vision for what the market might look like in 2030. This won’t simply be our vision but will be a reflection of the views of all those who would like to contribute to the conversation. Most crucially, it will be led and shaped by those who matter most, policyholders. 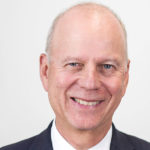 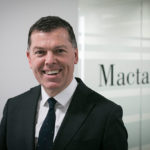